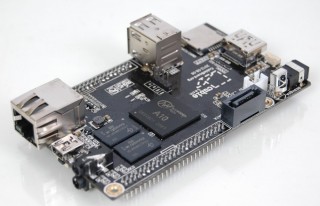 Getting Started with Cubieboard

Here are some resources and tutorials for getting started with your new cubieboard.

END_OF_DOCUMENT_TOKEN_TO_BE_REPLACED 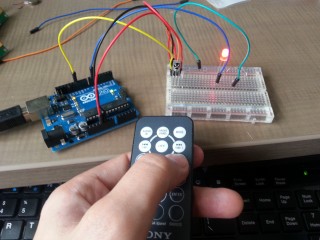 Controlling your Arduino Project with a Standard Remote Control

In this tutorial we will focus on using an infra-red receiver and an Arduino micro-controller to receive signals from any infra-red remote (such as your television remote).  We can then program the Arduino to react in unique ways to specific button presses, such as turning on an LED.

END_OF_DOCUMENT_TOKEN_TO_BE_REPLACED 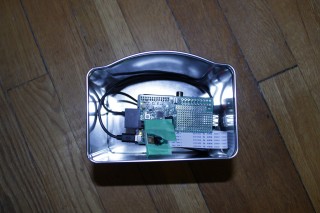 In this tutorial we will turn a Raspberry Pi into a time lapse camera that takes pictures at a preset interval. The Raspberry Pi will be battery powered so that we can install it off grid and get some great time lapses of places you might not want to leave your expensive SLR camera running at. What makes this time lapse Raspberry Pi different to other tutorials is that we will be using a Sleepy Pi board to do some power management. In this way we can extend the life of the battery allowing our Raspberry Pi to operate in the field for longer periods of time so we can get longer and more spectacular time lapses! How will we do this? Simple! We will be turning on the Raspberry Pi, taking a picture, and then shutting down right after. In this way the Raspberry Pi is only consuming battery power while it is on and taking a picture. Not while it is just idling, increasing the amount of time the time lapse camera can work on battery power. To do this we will use the Sleepy Pi board, this is basically a ATMEL 328p processor (same as an arduino UNO), a RTC, and a power management circuit in one! The Sleepy Pi is capable of taking a power input and then feeding it to the Raspberry Pi through a switch and into the GPIO port. We will be writing an Arduino program that controls this switch and sets the duration between our time lapse pictures. This tutorial is a bit long and some experience with computers, Arduino, or Raspberry Pi will help, however I have tried to make this simple enough for a first timer to follow and implement! END_OF_DOCUMENT_TOKEN_TO_BE_REPLACED 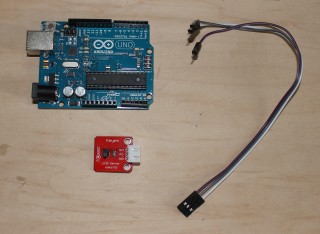 02.5: Accurate reading of Analog Sensors with an Arduino

In the previous tutorial we learnt how to read an analog sensor and have the Arduino react to the sensors output. We measured the relative light level of the surroundings using an analog light sensor and used this to turn on an LED when it is dark. However this approach does not help us if we are trying to accurately measure a physical phenomenon like temperature. When using an analog temperature sensor we would like to know what temperature it is measuring and not what voltage it is outputting. In order to determine what temperature the sensor is actually measuring we need to map the voltage output by the sensor to the temperature that this represents.

END_OF_DOCUMENT_TOKEN_TO_BE_REPLACED 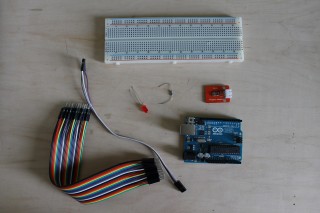 02: Reading Analog Sensors with an Arduino

One of the great things about the Arduino microcontroller is that it can easily be made to react to its surroundings by using various different types of sensors. In this tutorial we will be focusing on using an analog light sensor to turn on an LED when it is dark and to turn it off when it is light. The tutorial is meant to teach you how to use an Arduino to read various analog sensor outputs and to then get your project to react to these inputs. The same basics instructions can be used for most analog sensors although some will need more tweaking if you want accurate measurements of the surroundings.

END_OF_DOCUMENT_TOKEN_TO_BE_REPLACED 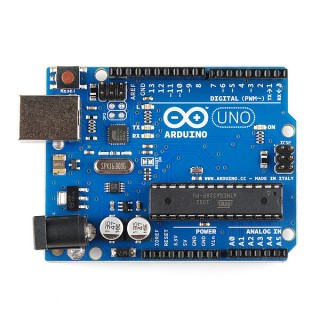 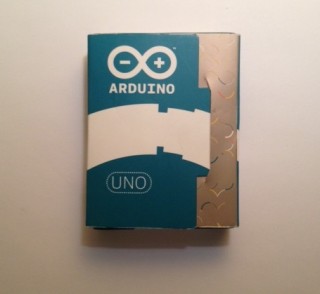 00: Getting Started With Arduino

Creating a Simple Chat Server with your Arduino

In this tutorial, you will learn how to use your Arduino as a simple chat server. END_OF_DOCUMENT_TOKEN_TO_BE_REPLACED

We Will Have Fullscreen!

Getting The Most Out of Your 7-inch Tablet’s Screen

In this tutorial you will learn how to move the Home and Back buttons on the bottom of the Android screen. END_OF_DOCUMENT_TOKEN_TO_BE_REPLACED

Getting Started with Arduino on your Raspberry Pi (Linux)

(This entire tutorial was created from start to finish on our Raspberry Pi model B with Noobs, running the Raspbian OS and using GIMP for screen captures and image editing.)

In this tutorial you will learn how to get your Arduino set up and running with Linux Via a Raspberry Pi.